In my post of January 2nd I blogged about the 2015Polymer Clay Challenge, hosted by Katie Oskin with postings added on Facebook as each member completes something. It’s definitely a lively group with lots of discussions and comments.

Here is my first project, as promised in that January 2nd post, undulating discs, or wavy discs as I think of them. 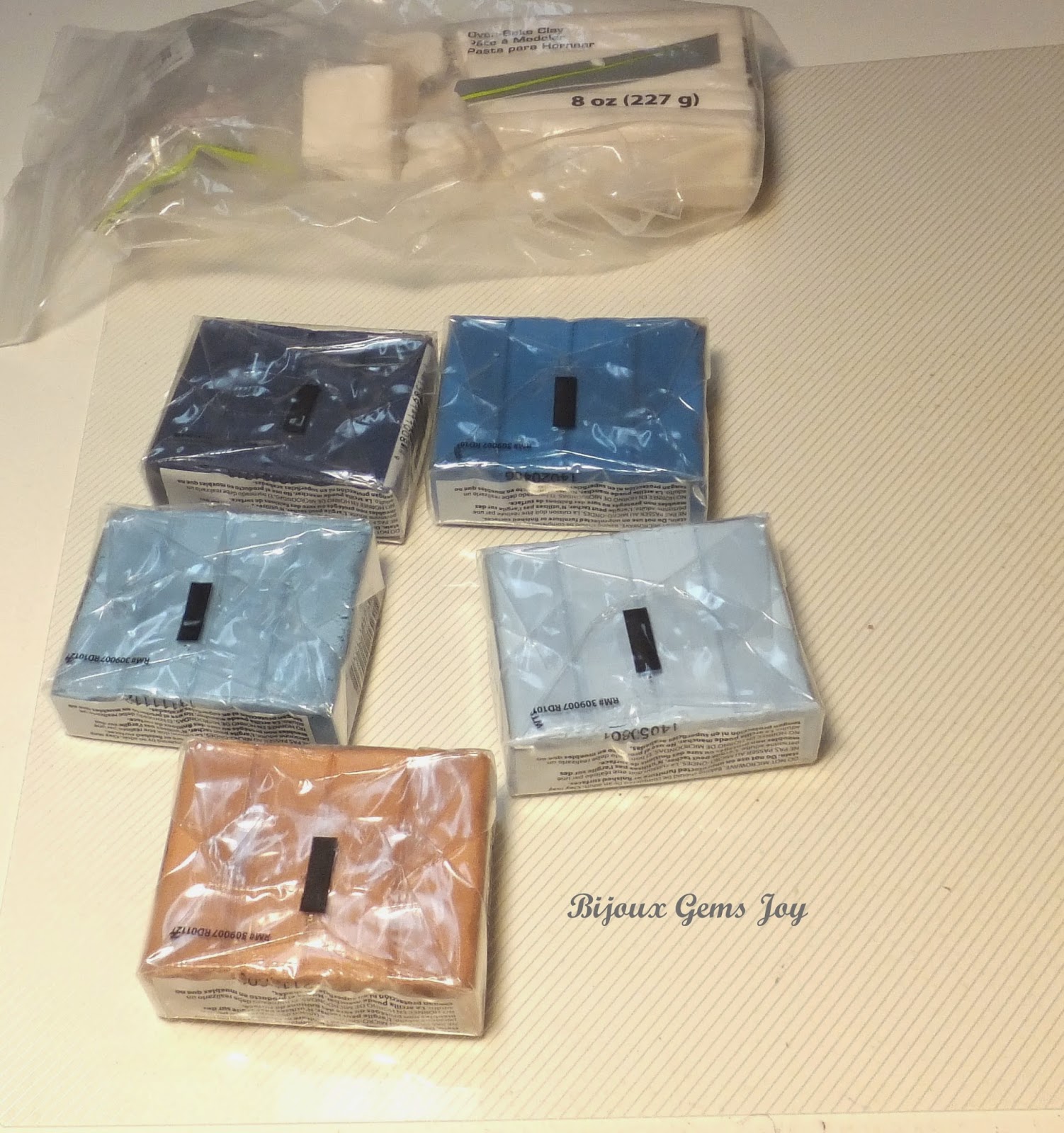 I started with this selection of pretty colours, shades of blue, copper and a translucent white. 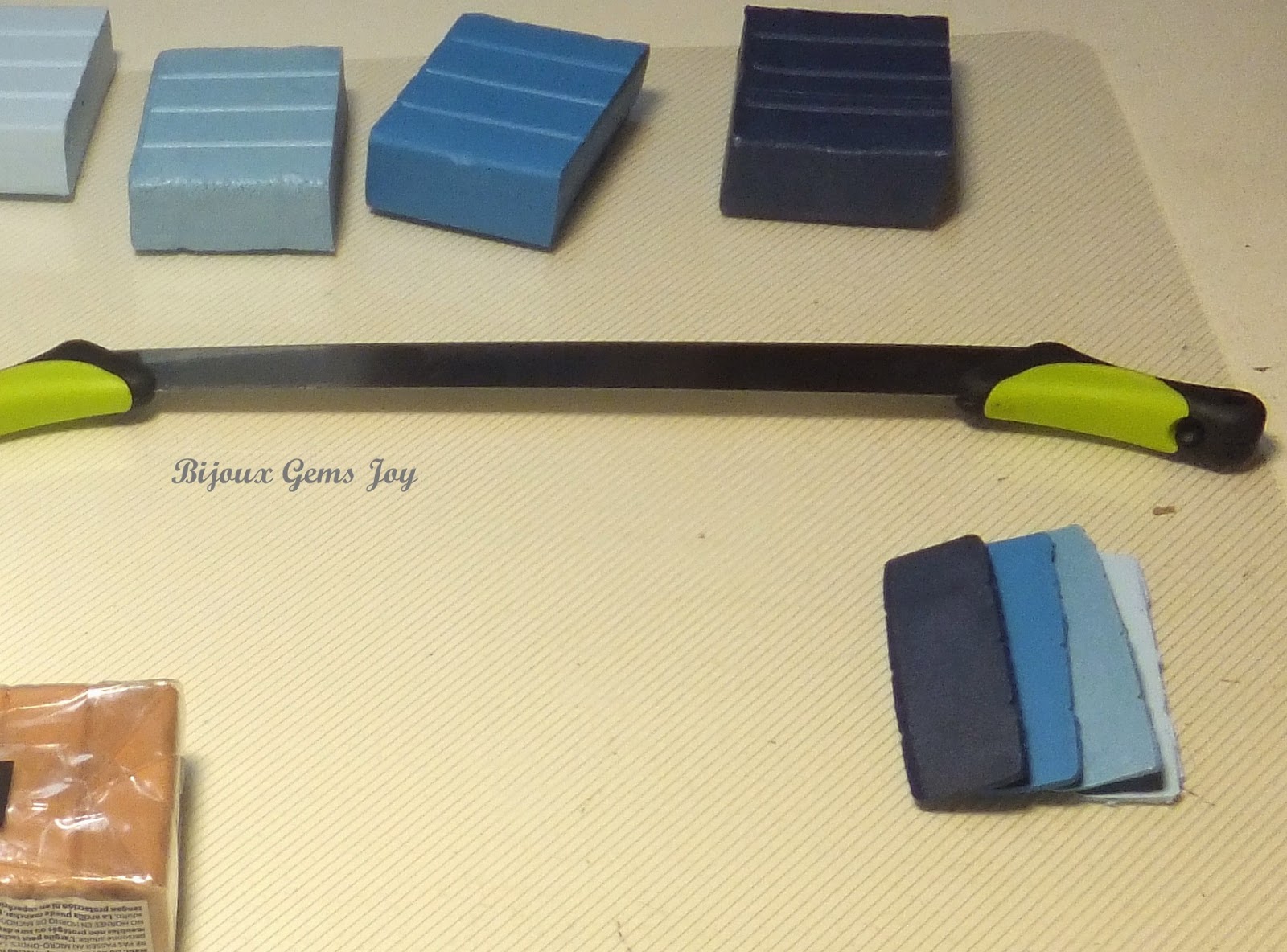 I cut thin slices from each of the blues to start, then stacked them, cut the stack in half, then put the two halves together.

The stack was pinched together at the ends and sides and rolled until it made a snake. Then I sliced it up into random sizes so the discs end up different sizes.

(Ignore the brown flecks you see. That’s the paint missing from my bench and is underneath the non-stick plastic sheet.) 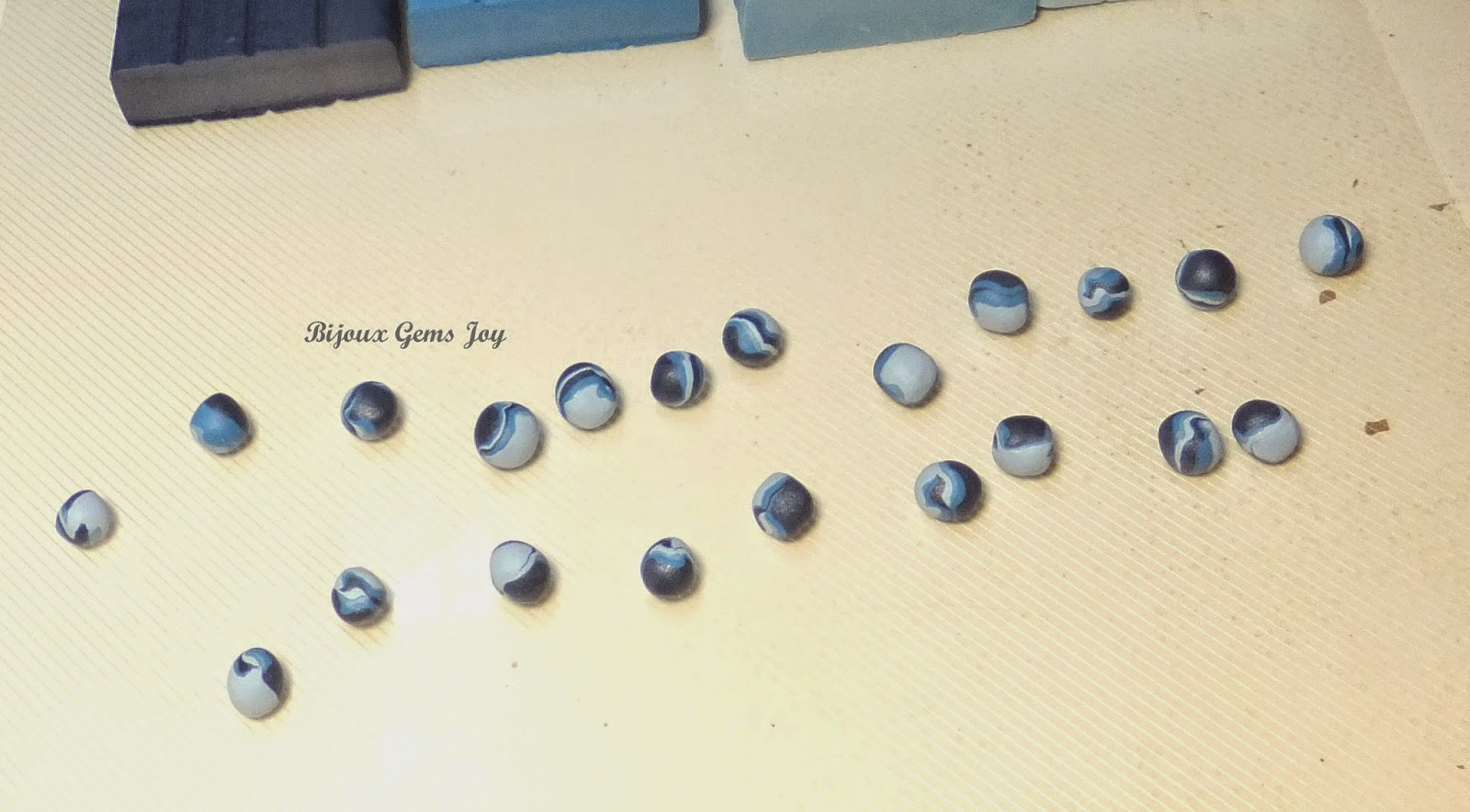 Each slices was rolled into a little ball, following the instructions of the tutorial I was using. Once that was done I flattened each one into a disc and gave it a twist to get the wavy shape. 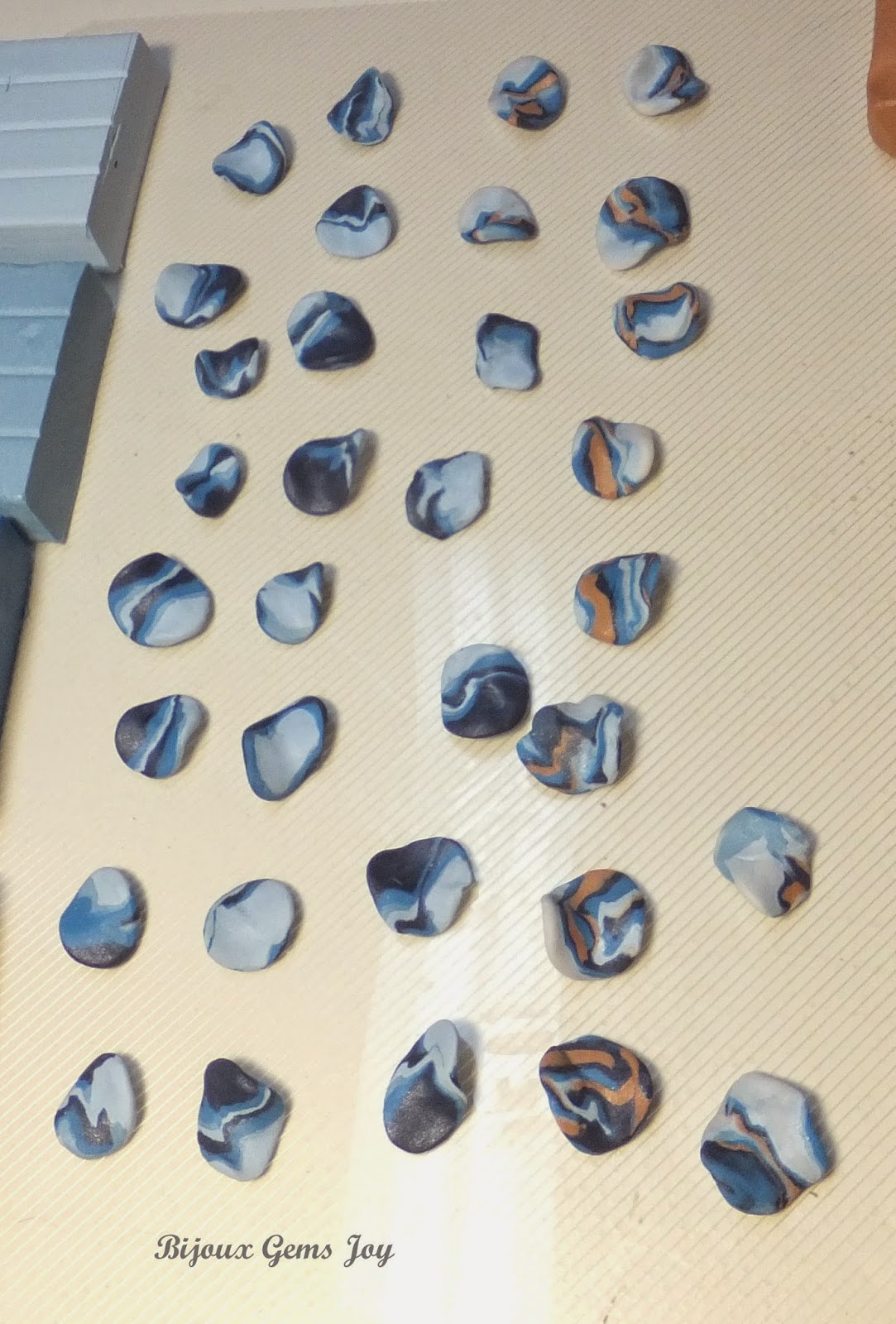 When that batch was flattened and twisted I made a second batch. This time I added the copper and white clay. Partway through I decided the slices did not need to be rolled into a ball before being flattened, and went straight from a slice to a disc. Why add work if it’s not needed right?

Next the holes were added and into the oven they went. I thought I followed the instructions for the length of time for the thickness. You know that smell that happens when something doesn’t seem right? Well I should have followed that instinct. When I took the tray out of the oven I had… 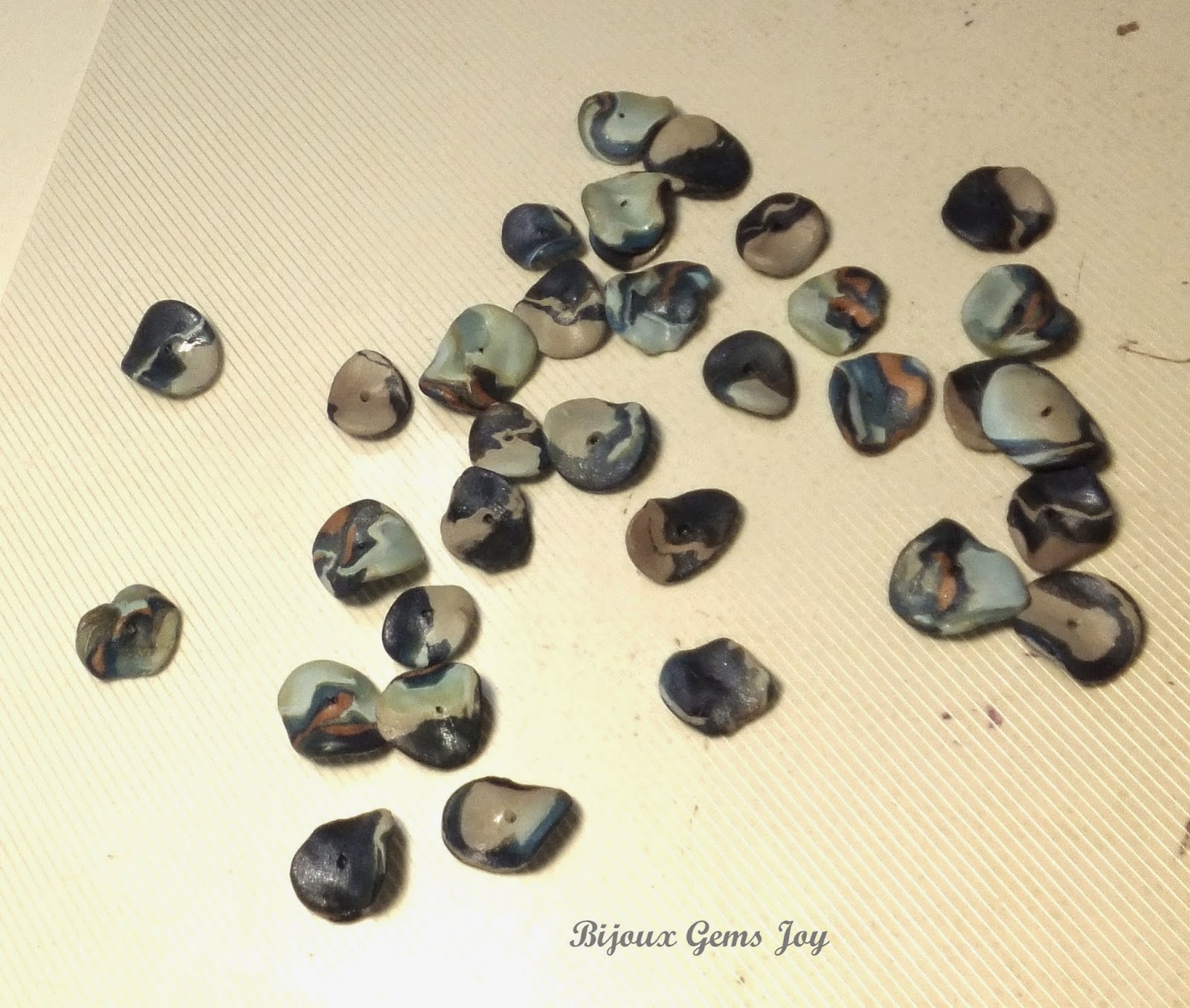 burnt discs. The white and lightest blue came out beige like and the bright colours were dulled down. Disappointing! I went with the flow though and made a bracelet anyway. 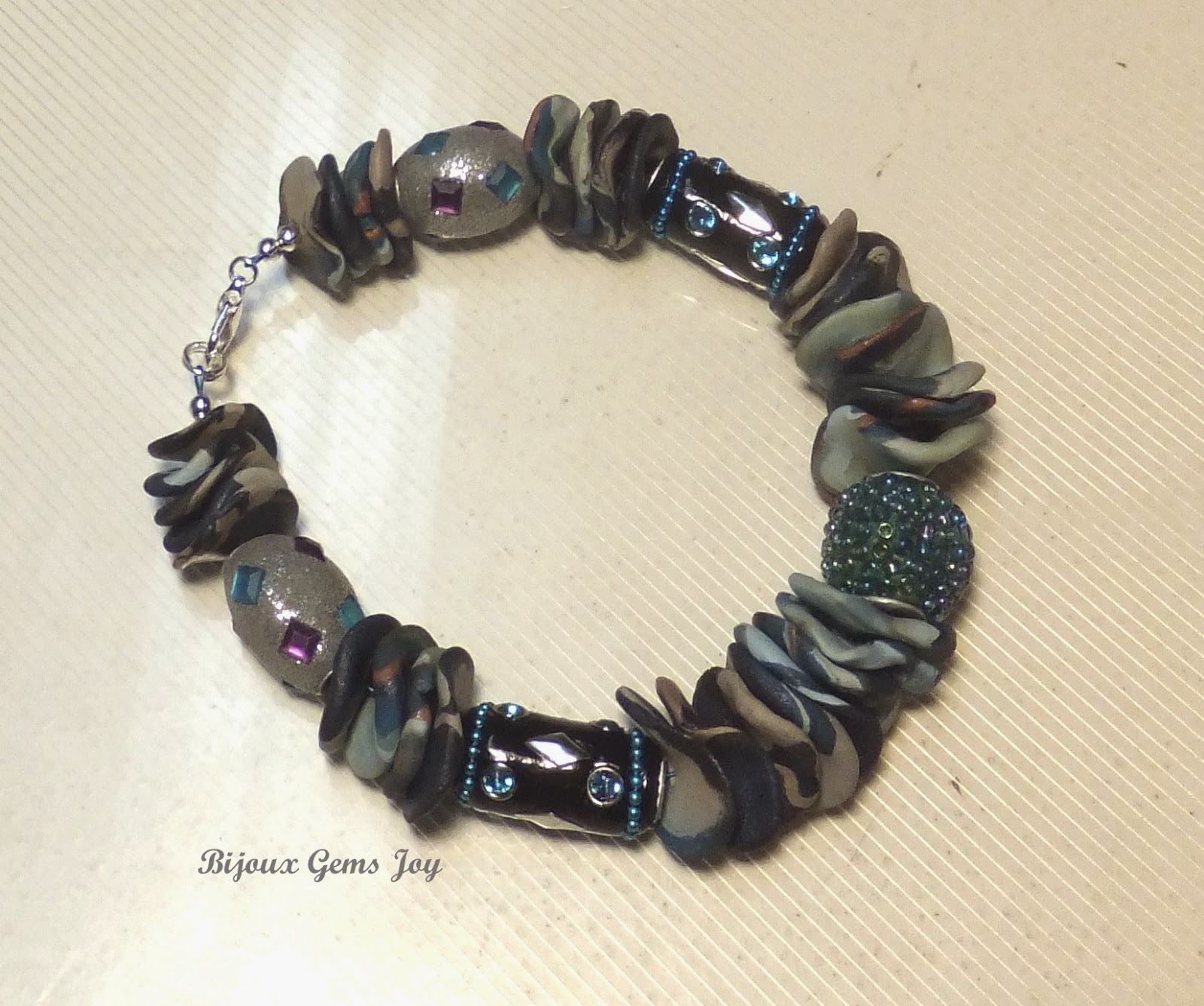 There weren’t enough discs to use them exclusively. I wasn’t up to making more discs so I picked out some acrylic beads, leftover from early days in jewellery making, that worked with the final colours of the polymer discs.

This bracelet was a good learning experience. I think it came out pretty well all things considered. It stays with me.