For the longest time my blog posts were all about jewellery though with an occasional side post, usually about my messy bench or studio. I thought I‘d show you something a little different today 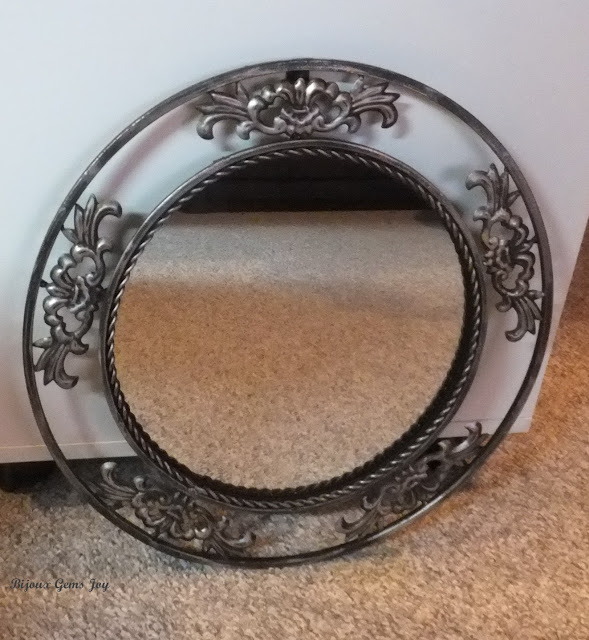 I bought this mirror about 5 years ago for a spot near the basement stairs. It was hung over a bookcase and though the mirror looked fine, it was a little high and didn’t really reflect the stairwell light very well, the whole reason I got it in the first place.

I was originally drawn to this mirror because of the pretty ironwork design. It was always hard to see though because the colour was such a flat solid colour black. It looked like this before 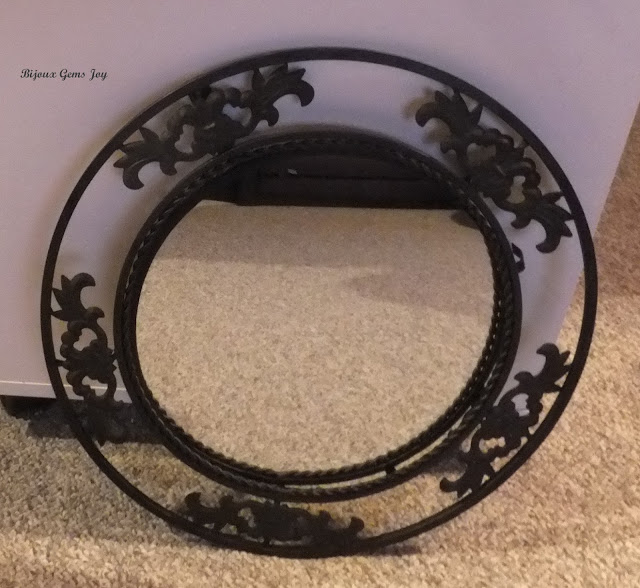 The mirror was always very heavy and once I got it up on the wall it stayed there, until one day last summer when it didn’t. The mounting hardware gave out under the weight and the mirror fell behind the bookcase. Luckily it went straight down without hitting the bookcase itself. And that’s where it stayed until 3 weeks ago until I finally reached my limit on the dark beige walls and decided they needed painting. That meant lots of furniture moving, including that heavy bookcase. And there sitting behind it was the mirror, not in one piece but not permanently damaged 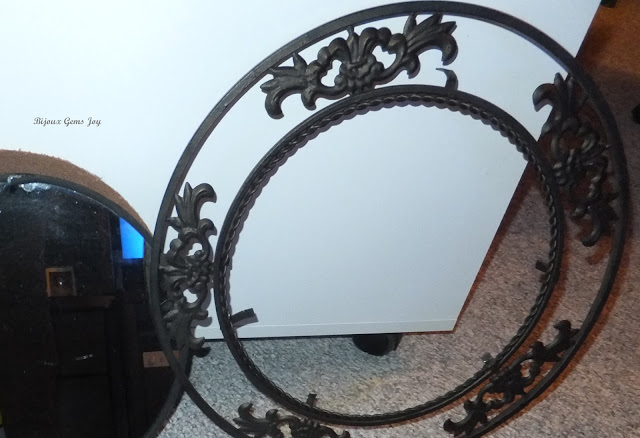 The mirror separated into 3 pieces and all the brackets holding everything in place had bent back, allowing the 2 pieces to slip out. It also helped explain why the mirror was so heavy 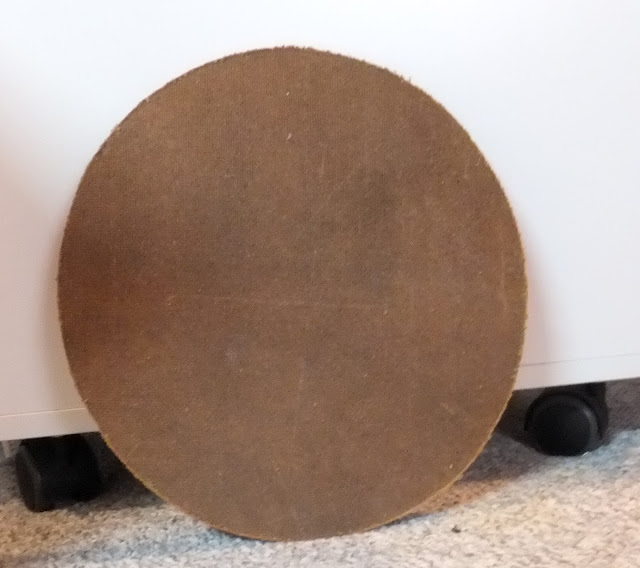 The backer board that had looked very light was actually solid hardboard. I decided to do without it. Between the clips and hot glue along the edges the mirror was secured to the frame. Next I proceeded to make it pretty with Gilder’s Paste, first German Gold then Silver on top. All that pretty detail stands out now

It will get a new home in the front hall in the next few days, once good strong mounting hardware is in place that is

Thanks for stopping by. Have a great day