Every month the Earrings Everyday blog hosts a design challenge based on a theme. This month the challenge…was a challenge in itself. It is one of the least accessible and most photographed vistas in the American Southwest, Antelope Canyon in northern Arizona, home to some magnificent slot canyons.

I spent a lot of time studying the photos, thinking “what am I going to do with these?”

The first thing to grab my attention were the strong vertical lines in the soft sandstone rock walls, the striations made by the compression forces that created the sandstone, exposed in their amazing glory by water pouring through from flash floods.

Going back to the photos again and again I began to be drawn to the play of light and dark, in particular how the striations changed appearance in bright light and darkest shadow. Then I began gathering the beads that “felt right” and I hoped would honour this amazing place. I ended up making 4 pair of earrings, each inspired by a different photo.

This photo was the muse for the first pair.

The colours of the rock, from a golden glowing orange to a deep rust were the key. 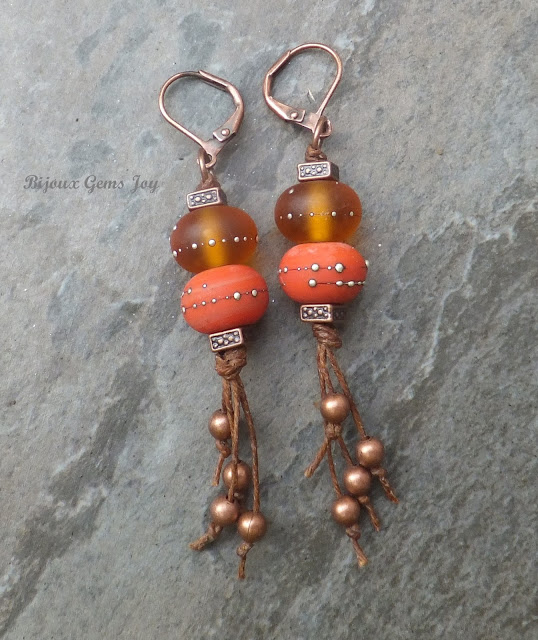 I used some gorgeous translucent golden and some opaque rusty orange mini beads from Sue Kennedy of SueBeads. Both sets of beads have silver dots trailing across them. These dots seem to mimic some both the striations and some of the little depressions in the darker rock face.

The next pair to be made were actually the first design that came to mind. I guess I just needed to let it sit for a bit until it was right. The design is based on this photo.

The contrast between the pale creamy sky, mirrored by the bit of sand with tumbleweed at the bottom, and the darkness of the underneath of the lower spike in the photo seemed to fit these earrings. 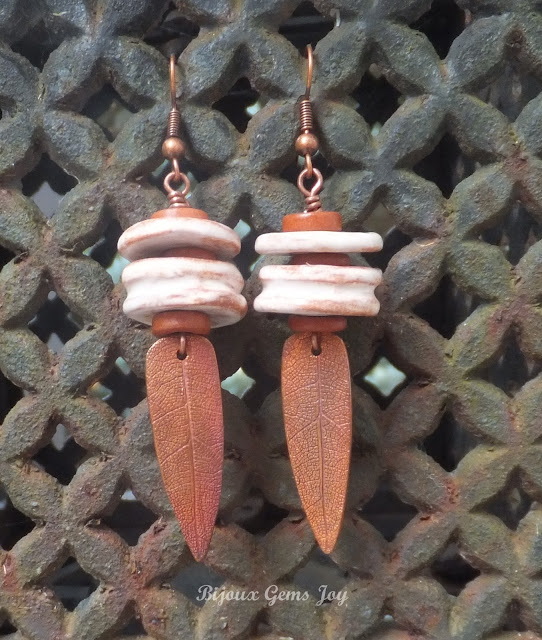 For the third pair of earrings I drew inspiration from this photo.

That very bright spot of light and the bronze glow of stone through the beam of light resulted in this set. This is the one pair of earrings where I wandered away from the golden and orange glow of copper. 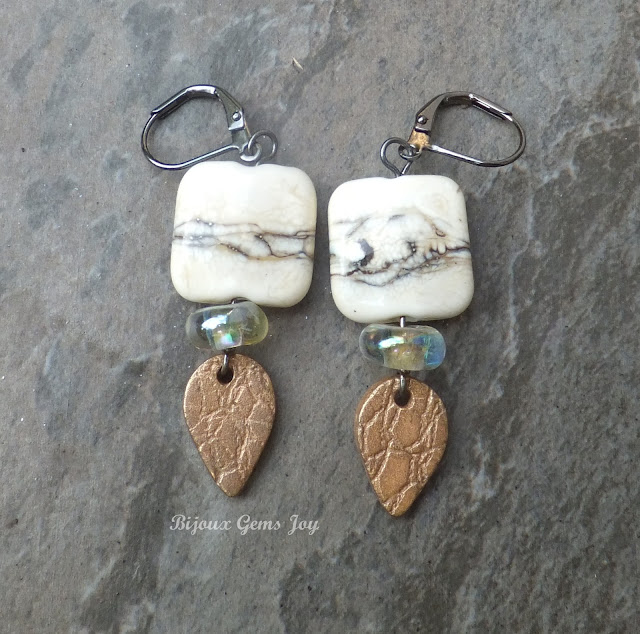 The ivory Lampwork pillow beads with the black & silvery webbing are from Robyn Kirkman of FireSong Creations, down in Queensland Australia. I had been hoarding the bronze teardrop charms from Leslie Watt of Thea Elements for quite a while and this seemed the perfect design for them. Sitting between the two are some iridescent Lampwork rondelles from Unicorne Beads. To finish the earrings I used gunmetal wire and leverback ear wires to bring in the darkest colours from the deepest corners of the cave.

Finally I couldn’t end without honouring this cavern.

The undulation of these passages, carved by the raw force of water, is amazing to behold. Their form inspired this pair of earrings. 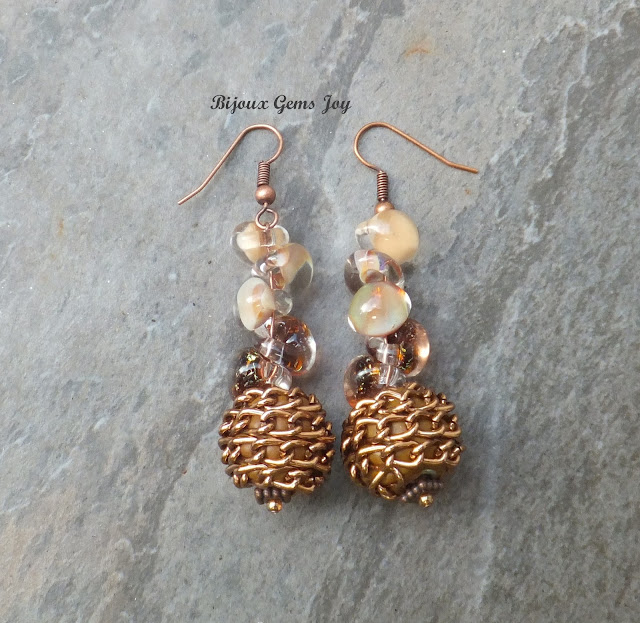 The shape of the rock is interpreted in the three shades of borosilicate glass teardrop beads from Unicorne Beads. They sit on top of lucite beads wrapped in a bright copper look chain. Tiny seed beads and flat square copper plated spacers keep everything on the antiqued copper wires. Antiqued copper ear wires were used once again.

Please check out what everyone else has made too.

Thanks for stopping by and have a great day.
Posted by Bijoux Gems Joy at 21:46