A couple of blogs ago I spoke about a Metal Clay class I had taken, mentioning at the end that the piece for a bracelet was part of what we made during the class.

It wasn't ready yet as we ran out of time during class but I promised a picture when it was ready.  Well, I finally completed it and here it is.  For a first try it came out not too bad. 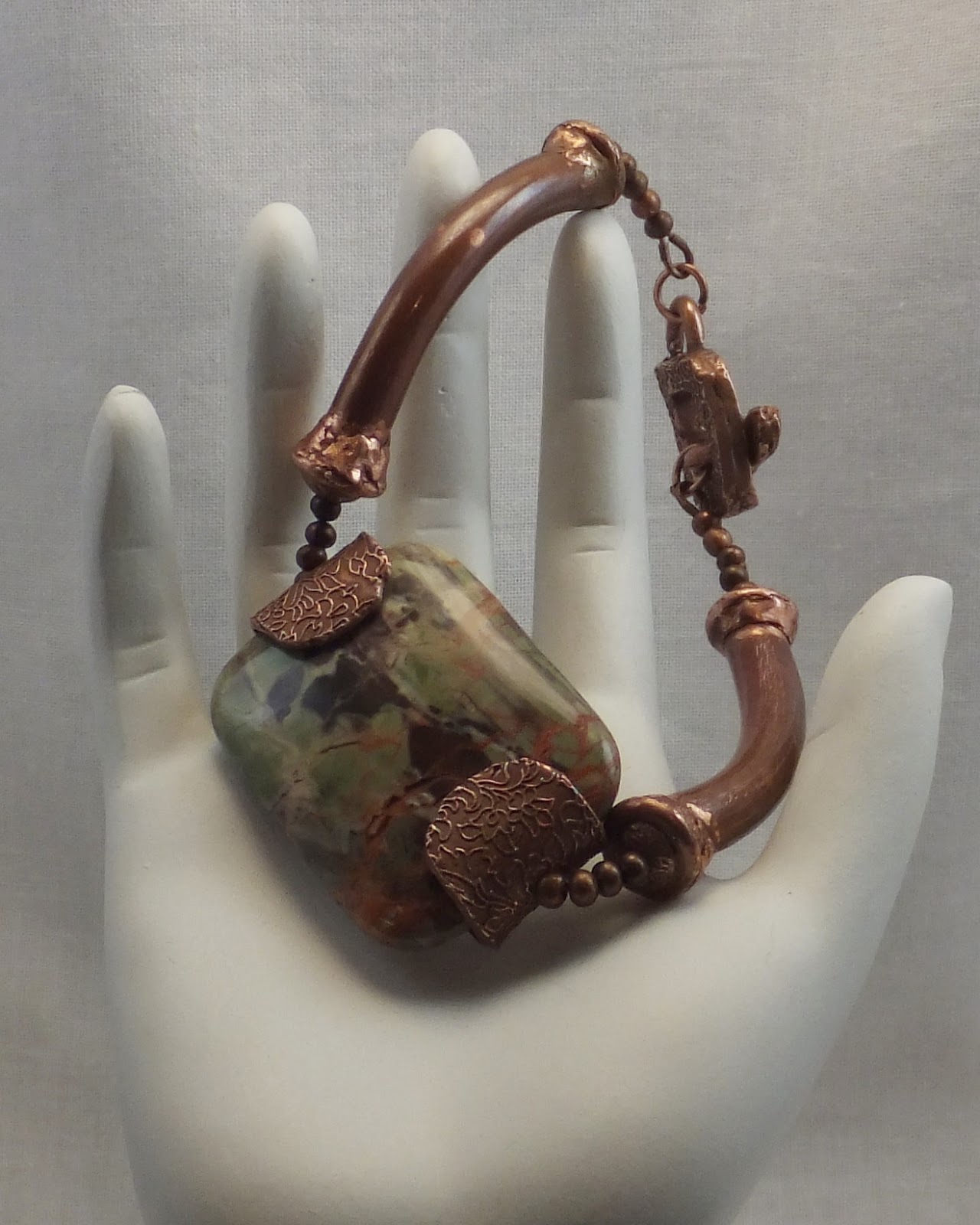 The gemstone is a Rainforest Jasper rectangle.  I made the gemstone caps, tube caps, toggle and toggle bar from copper clay.  Even the loops for the toggle and clasp are made of copper clay.  The tubes were bent with a pipe bender and handmade 3 mm copper beads were used to get the best fit. 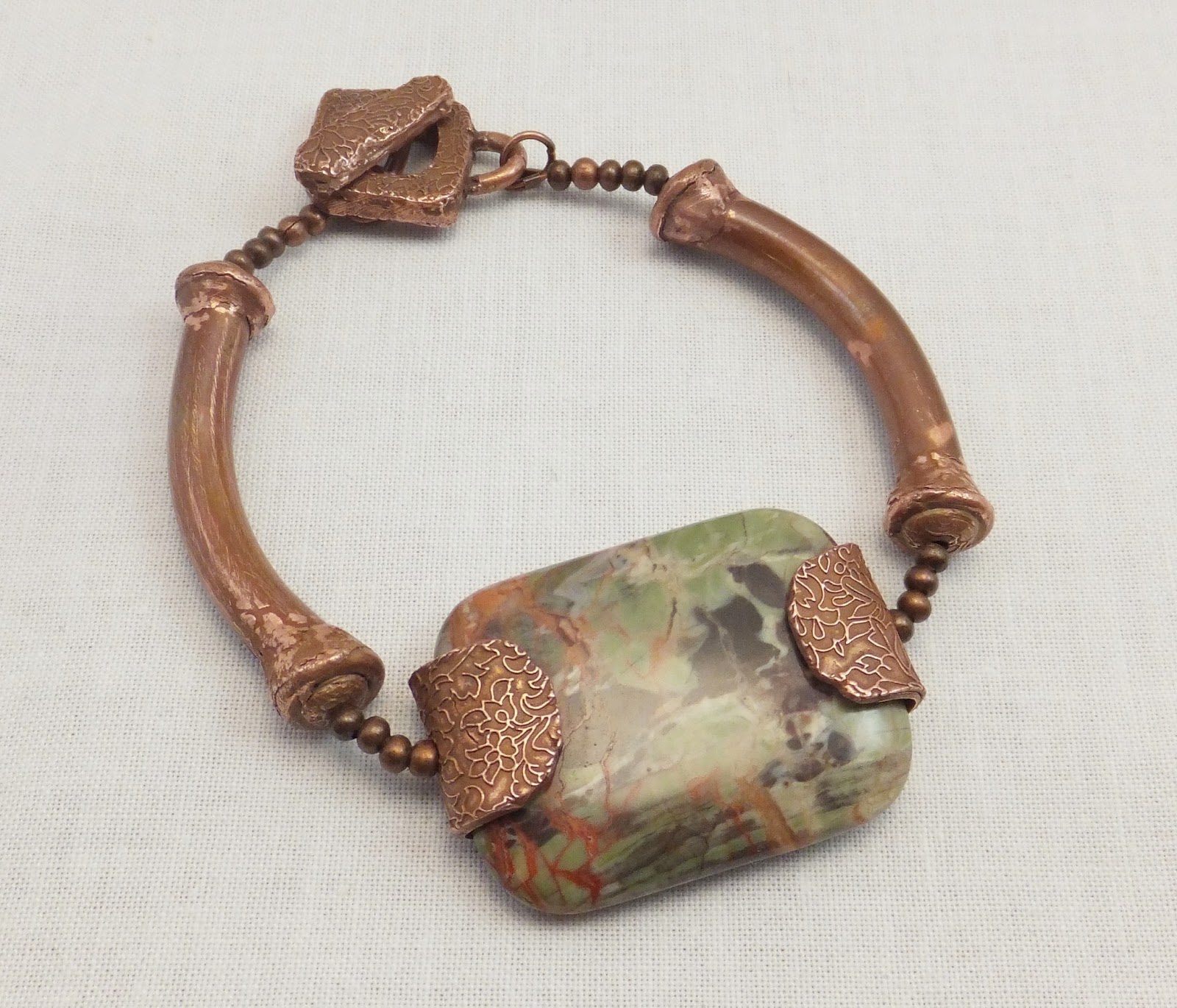 I did not quite do enough smoothing around the handmade beads caps and didn’t get my toggle square but otherwise pretty good. 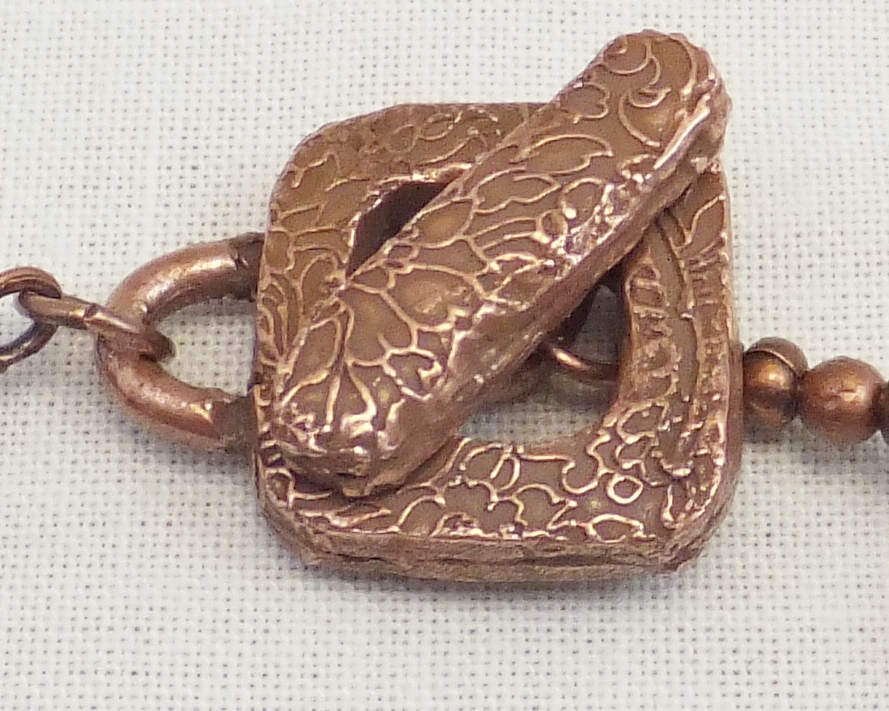 I decided to add some slight texture to the curved tube.  The texturing is very light so it doesn't detract from the bracelet appearing. I found that the curved tubes originally were just too shiny as is when compared to the remainder of the copper pieces.   They have naturally aged since the pieces were first made making the difference less obvious by the time these pictures were taken.
Posted by Bijoux Gems Joy at 23:13