Well, the groundhogs had their day yesterday.  And the results of their winter predictions are….mixed at best.
Here’s how it breaks down:
·        In , Punxsutawney Phil predicted an early spring
·        In , Wiarton Willie agreed with Phil.  He didn’t see his shadow either
·        In , Winnipeg Willow was on board with Phil and Willie
·        But in , Shubenacadi Sam called for more cold weather
·        ’s Fred, locate up in the Gaspesie region (think almost as far north and east in as you can go) aligned with Sam.  He saw his shadow too

If you go by the majority then we are in for an early spring.  Myself, I would look at where these little fellas are stationed.
·        Phil and Willie are located far from the coast, barely in the eastern portion of .  This is the area I live in and we do definitely have milder winters than other areas
·        ’s home is not that far from and .  As we all know these are also high snow, colder weather areas but who knows, maybe they will have an easier winter
·        Sam is in , so what do I need say?  The of are renowned for their long snowy winters, especially lately
·        And then there’s Fred.  The best way to explain Fred’s domain is just to show you a Google map.  He’s in the same situation as Sam! 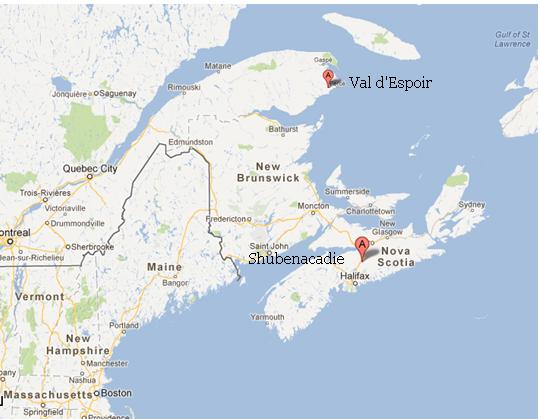 I flagged Shubenacadie too so you can see what I mean
Me?  I think I’ll just take their predictions for what they are meant to be, a fun event that’s also fun to talk about
Whatever your passion, Groundhog Day, football (Super Bowl today!), or something else, enjoy!